What Do Buyers Look For in a Real Estate Agent?

So, the National Association of Realtors puts out a "Profile of Home Buyers and Sellers" every year for it's members. I downloaded and printed it, all 122 pages, (and in color as well, I might add). Being a bit of statistics guy I always look forward to data on buyers, sellers, the housing market, etc. That being said, I've been reading over some of the statistics for the past year, 2010.

Since I work only with buyers I'm mostly interested in what buyers have to say about their experiences in this past year with buying a home. This profile is exhaustive. Unfortunately, if you are not a Realtor, you cannot read it on-line or download it. However, I think you can purchase a copy from the website.

Anyway, regarding what buyers wanted regarding their agents a couple of things stood out:

2. When buyers were asked "what is the most important factor when choosing an agent" 32%, the highest percentage, said that the agent is honest and trustworthy. The next closest answer, at 20%, was the reputation of the agent. 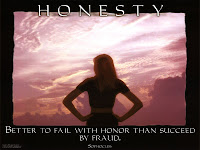 s that 83% of all people people who purchased a home in 2010 used a real estate agent/broker, which is up 6% over 2009 and up 15% over 2001. I find this interesting since 89% of all buyers use the internet in one form or another to help them in their home purchase. So, although buyers are searching for homes on the internet on their own, more of them are turning to a Realtor to help them complete the transaction. This is good news for us Realtors and it also show that the internet, with all of the listings available to anybody, is not our enemy, it's really our friend.

Going back to points (1) and (2), I just want to make a couple of observations. First, buyers want somebody to help them find the right home, the home that is for them. They don't want a slick-talking agent who chauffers them around and shows them homes that the agent likes. They want somebody to listen to their needs and wants and they want an agent who interacts with them on a personal level. The want somebody who is responsive. Gone are the days when an agent's job was just to drive you around a couple of times and "sell you a home." Buyers these days are seekers, seekers of information and seekers of agents who will actually help them to find a home and listen to what they want. Buyers want to be treated like they are valuable and like they matter. They don't just want to be a number, one of several "customers" for the average agent. They want to be treated as "clients," as somebody who has real value to their agent.

And then, even in 2010, the most important factor in choosing an agent is finding one who is honest and trustworthy. Not one who knows everything about everything in real estate, not one who's flashy, not one who has a bunch of designations next to their name. Buyers want somebody they can trust. Is that surprising? Well, if they are looking for somebody 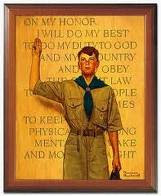 who they can actually establish a relationship with and who will be responsive to their wants and needs, doesn't it follow that they would have to trust that person as well? Of course it does. They are putting their trust in somebody because they need somebody who will guide them down the path to home ownership. And they are not willing to start down that path with somebody they don't trust. Again, not like the old days when you just "bought a house from the local Realtor." Buyers are much more sophisticated these days and they want the same rights that sellers have always had. They want an agent who is working for them, not just with them.
Posted by The HomeBuyer's Advocate at 12:02 PM No comments:

Buying a Home? Use an Exclusive Buyer's Agent

I was eventually going to break down different types of "agency" and "representation" offered to people who choose to buy a home. However, I feel this video does a better job of explaining "representation" for home buyers than anything I could have put in writing. This video is from NAEBA, the National Association of Exclusive Buyer Agents, a group that I have been a member of since 1997. They are an ADVOCATE for home buyer's rights. Watch the entire video, it really breaks down how having your "own" agent will protect you and why its not just a good idea, It's necessary.

Another One Bites the Dust

I've been in real estate for some time now yet it never ceases to amaze me what kind of shenanigans go on in some circles within the industry. Yeah, we've all heard the jokes about Realtors, some that are true, but most Realtors are upstanding individuals, possibly even former Boy Scouts or Brownies.

And then there are the others. The scammers. The shady ones. The opportunists gone wild. Yep, our industry has them. Of course, out of 1,000,000 Realtors nationwide you know that there have to be a few bad apples.

So every few years a handful of people get arrested locally in some type of real estate scheme. I've know OF many of the Realtors that have been arrested and/or convicted but I don't know any of them personally. I haven't transacted business with any of them and I don't have any ties to their co-conspirators. Maybe I stay away from things that just don't feel right, or maybe I'm just lucky.

Greed is usually the driving force behind most of the antics. Of course, greed can be traced to a lot of questionable activity.

There are three things that amaze me about these kinds of stories:

le involved are not petty criminals and the schemes are elaborate and well-thought.
2. The greed is over-the-top. They steal and cheat in order to feed their lives of luxury.
3. They seem to think that they will never get caught but almost almost always do.

There have been several of these "rings" that have been broken up over the years. I had a friend that actually worked for one of the ring-leaders in one of them for a short time. I'm pretty sure that my friend had no idea. Or at least they haven't caught up with him yet. (I haven't seen him in years, he moved out of state)

The reason I wanted to post this is because a recent follow-up to a story about one of these incidents. One of the Realtors involved was recently sentenced to jail. Here is the initial story and the follow-up:


This lovely little scam involved two Realtors, a builder, the builder's wife, an 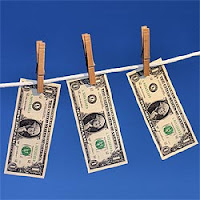 accountant, and who knows who else. They were charged with money laundering, tax fraud, wire fraud, and obstruction of justice. Did they get caught? Yes. But in the meantime they defrauded people out of millions of dollars. As a Realtor I am not "happy" that my fellow Realtors are going to prison. I try not to take pleasure in the displeasure of others. However, I am glad that justice was served and people are going to pay. I hope that is a lesson to those "questionable" people in this industry who may be teetering on the edge of bad judgment. Just remember: you likely will get caught.
Posted by The HomeBuyer's Advocate at 11:37 AM No comments: